Hellooooooo!  Anyone out there?  Hey, you!  In the back row.  I see you hiding there.  Leave a comment so I know people still check in here.

STILL struggling with book three.  Working on it but taking a break to post this.  The struggle?  Trying to write a woman and do her justice is tough.  Plus, I have been working 60 hours a week so even when I am home, I am recuperating more than writing.  Yeah, life sucks a bit but it's better than the alternative :).

Did the PA Ren Faire so that took up a weekend.  Looney Lucy and Ploppy are better than ever.  Don Juan and Miguel were ok.  Not much of a turnout there, kinda makes you wonder about the state of the economy.  Nevermind, no wondering needed.  Still sucks :).

At the Ren Faire, found a replacement wedding ring for the one I lost.  No, Mrs. Splitter was NOT happy about it, but she is the one who probably knocked it off the counter and into the garbage bag while cleaning in the first place...since I am told I don't actually do such cleaning.  At least I lost it at home and avoided any unpleasant interrogation.

John Locke and the whole "paying for reviews" scandal:  Eh.  It's wrong and paints us all in a negative light but the outrage is over the top, in my opinion.  If he didn't know that he was paying for positive reviews, he should have.  I suspect he did know he was paying for positive reviews but what he did is not all that different from what traditional publishers have done for ages.  He gamed the system and won just like all those baseball players on steroids.  Doesn't make it right, but it's not worth pitchforks and torches.

Footballl is here!  And my Steelers lost while my Skins won.  Can't have everything.  I think it is going to be a long year for the Steelers considering they can't run the ball.  The Skins will be bad, but at least they have hope in the form of RGIII.  Still, it's football and I missed it.  Anyone else think RGIII looks like Eddie Murphy?


Back to the Ren Faire:  We are going back on October 7th to see Albanach.  Look for the fat guy in the Swashbuckler Brewing baseball cap.  Wait, that's like most of the attendees...maybe I will have a "What Would Tom Crayder Do?" tee-shirt by that time.  I think I could pull off wearing a kilt too.  Anyway, hit me up if you are going to be there.  (Mrs. Splitter likes the hairy guy on the right...)

Sick parents.  On top of the other stuff going on, my mom got really sick.  She is better now, thanks for asking.  I am not complaining, at least she made it.  A few other people that I know have not been so fortunate (thinking of you, Comma Queen.  Here's a virtual Splitter hug!) with people close to them.  New rule:  No more of anyone having to go to the hospital!  Understand?


Embassies under attack:  Ummm, why are bombs not falling on those countries right freakin' now?  All we need now are hostages and helicopters crashing into one another in the desert to take us back to the disco days of 1980.  Sorry, I write about killing and murder while making jokes so my perspective is rather calloused.

TV:  Sons of Anarchy is back!  Haven't seen it yet though, will tonight.  Burn Notice got good again this past season.  Longmire is awesome.  Hell on Wheels is great.  Game of Thrones was ok.  True Blood is moving along...WTF is up with Bill?  Alphas is a decent show that no one knows about.  Copper on BBC is GREAT!

I found "young Lorena."  Look for pics on my FaceBook page soon and let me know what you think.  Serge...don't go all "creepy old guy" on her.  I already did that with my, "Hi, would you like to be on the cover of my next book?" introduction. 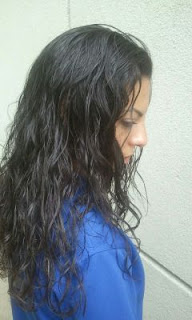 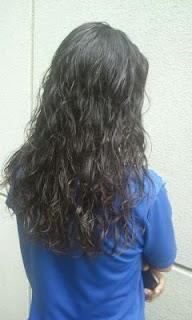 Losing weight.  How much?  I have no idea but I got a belt hole back.  That's the male version of "I can fit into my skinny jeans again!"  I knew I kept all those old clothes for a reason.  Yeah, it's like throwing a deck chair off the Titanic, but it's a start.

If one more person tell me I look like this guy, my head will explode.  It's happened twice already this week.  To be fair, I like the comparison in the humor department because I love telling stories like these too, it's the jowls I resent.


Mrs. Splitter and I went to see him in Vegas three years ago.  She got all dolled up and wore a short dress.  I was convinced that she was hot and bothered by seeing the rich version of me.  She denied it until she got the invite backstage...